If you're interested in medical marijuana or looking for the best cannabis, Jack Herer Feminized has everything a grower wants from an indoor variety. The complex balance between sativa and indica of this hybrid produces buds with an exquisite structure, covered by an incredibly dense layer of resin glands, rich in cannabinoids.

As with the parental variety, Jack Herer Feminized seeds produce a range of phenotypes, most of which have strong sativa growth characteristics supported by the voluminous flowering and resin production of the best indica. It is expected that most of the phenotypes gain a lot of height during the flowering period, at the same time that their high parts are filled with long, solid buds that show both their sativa nature and the indica.

Approximately one out of every four plants grown from the seed will have a more indicated growth pattern, with a smaller increase in height during flowering, and large, dense groups of buds that are grouped at each node instead of scattered across the branches .

Plants with greater sativa influence, at least, will double their vegetative height during flowering and may triple their size. Indicated phenotypes grown from Jack Herer Feminized seeds will normally increase their pre-bloom height from 75% to 150% as they flower.

The buds of Jack Herer Feminized are composed of unusually large chalices, with dominant plants being the ones that produce some of the largest we have seen. The main buds of our favorite sativa phenotypes are composed of long chains of swollen calyxes, covered with resin, which are twisted from the numerous bud sites, which gives a beautiful braided aspect to the large tails. Plants with more abundance of indica-influenced buds have a more "bubbly" appearance, because the calyxes grow very thickly around each node, then swell increasing in size and stacked one on top of the other - growing towards the light source more that along the side branches.

When Jack Herer Feminized seeds start flowering indoors, most plants are ready for harvest after 10 weeks, except for some of the more sativa-prone phenotypes that require up to 12 weeks of flowering time. Indica dominance plants can produce a crop of mature flowers in just 8 weeks, although growers often prefer to give them, even to their quickest examples, the full 10 weeks in order to maximize yield.

Jack Herer Feminized plants produce a mild aroma during the indoor flowering period and still maintain a bouquet of deliciously rich aromas and flavor when dried and cured. Most of the buds have the complex pungent-acrid Haze aroma, which is mixed with different levels of cannabis aromas of earthy afghan and fruity skunk, depending on the phenotype.

Well-cultivated Jack Herer Feminized buds have an incredibly thick layer of resin glands. A bright mantle of trichomes rich in THC and CBD covers the groups of flowers, as well as the leaves of a single finger that grow from them and even some of the larger primary leaves. This appearance of diamond powder stays in the dried buds, giving them a look as delicious for the eyes as for consumption. Under increase, a single dry calyx seems to be composed more of transparent resin glands than of green plant material.

The trait common to all phenotypes grown from Jack Herer Feminized seeds is an intense double-edged power, since the two parts, sativa and indica, are highly represented in their effect. The excellent and stimulating cerebral effect of this variety is superimposed on an impressive corporal effect with seismic power.

The original Jack Herer variety was selected for the official medicinal cannabis program of the Netherlands as a clear example of a variety with a high THC content. Cannabis seeds Jack Herer Feminized are also suitable for a wide range of medicinal applications. Our only warning is that medicinal users who are looking for a cannabis strain with a high CBD content and minimal psychoactive effects should probably look for a different variety. 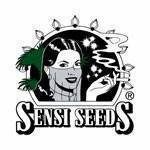